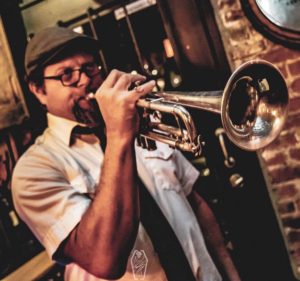 Noah Thomas is a classically trained trumpet player with a diverse background in performance style from jazz and improvisational music to classical and indie rock.  He has been playing professionally for over twenty years and received training from Larry Weiss (Ventura County Symphony) and Ken Larson (Interlochen Center for the Arts).  Noah stresses trumpet fundamentals but also loves to explore the wide range of performance styles possible on the horn and has a deep interest in the development of trumpet sounds from its root in animal horns and conch shells to modern electronic effects pedals.

In 1974, Bennett was asked to tour with the late great songstress, Minnie Riperton. Touring with Riperton opened the doors for many other projects, including working with Gong Show Guest, Jaye P. Morgan and Motown’s best kept secret, The Originals. In addition, Alvino also worked with the The Sylvers and recorded with other leading Motown artists.

When not on tour, Bennett writes and produces his own music and also works with other artists. Alvino is currently teaching at Pulse Drumming, School of Drums and Percussion in Ventura, CA.