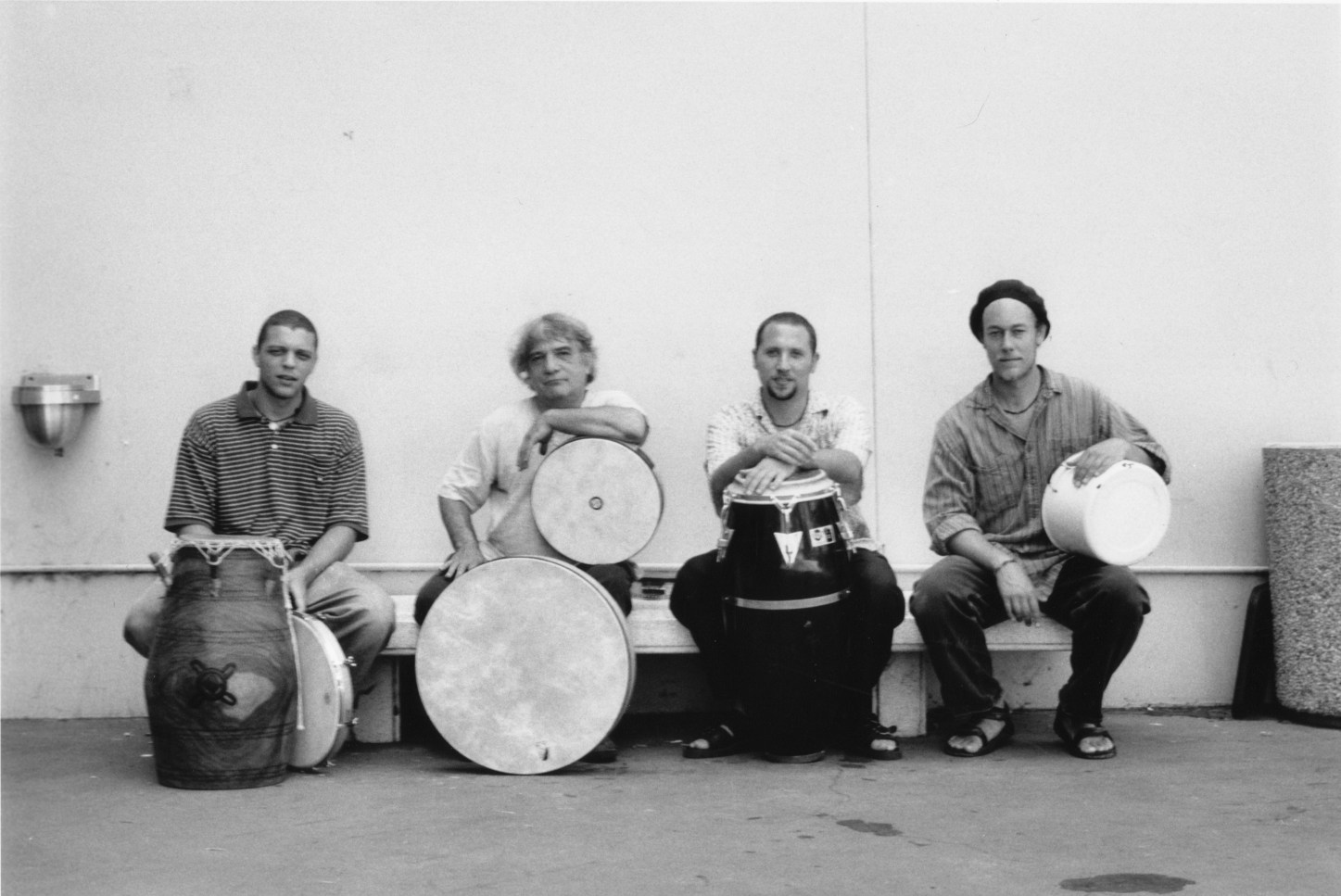 Austin Wrinkle is a versatile drummer and percussionist who has immersed himself in rhythm and drumming from near and far. By combining techniques and concepts from many cultures, he has forged a unique voice on an array of drums and percussion instruments. Austin was recently nominated for “World Percussionist Of The Year” in the 2014 Drum! Magazine Drummies Awards. He is a founding member of the internationally acclaimed percussion group Hands On’Semble, a percussion group devoted to the art of hand drumming. Winner of Drum! Magazine Drummies Award for “Best Percussion Ensemble” in 2003, 2002, and first runner up award in 2001.

and extensive palette of sounds”

Hands On’Semble has recorded five CDs to date. Percussionists and critics worldwide have praised their recorded work as being some of the most important and interesting of it’s kind:

“…This just might be the best percussion recording ever made. The drumming is of such a high quality that this CD is on my short list of the CDs I can recommend to any drummer or percussionist. It is one of those rare CDs that is wonderful to listen to, and also can be played over and over in order to learn new rhythms and compositional forms… Every drummer should own this CD.” (Percussionmusic.com)

Austin is a former member of the world fusion group Hindugrass, a group brings together elements of traditional Hindustani music from northern India with bluegrass from Appalachia. He collaborates with many musicians in the Southern California area including the Persian music group Lian Ensemble, Adam Rudolph’s Organic Orchestra, guitarist/singer Jonathan McEuen, and rock/blues band Moss Man.

Austin’s composition “Wart Hog #3”, was selected to be recorded at Village Recording Studio in Santa Monica, CA and included on the California Institute of the Arts’ promotional CD “CalArts; Essencia Performance and Composition 1997”. Wart Hog #3 has been performed by numerous percussion ensembles world-wide and has been programmed alongside illustrious composers such as John Cage, Lou Harrison, and Steve Reich.

California Institute of the Arts